Free for media use. 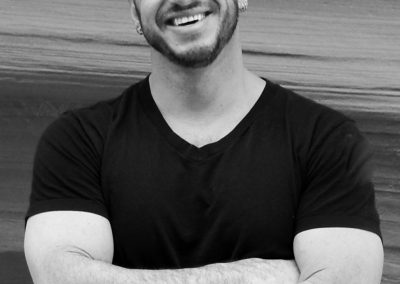 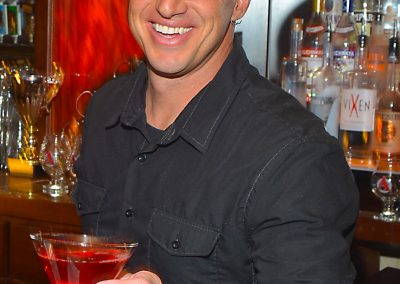 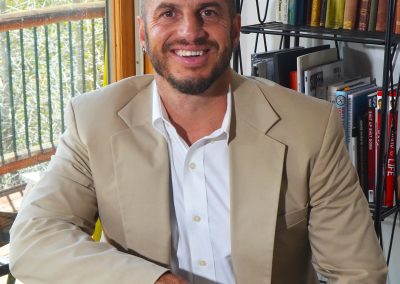 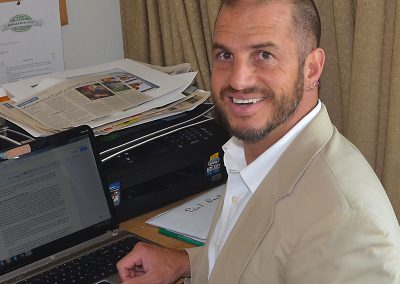 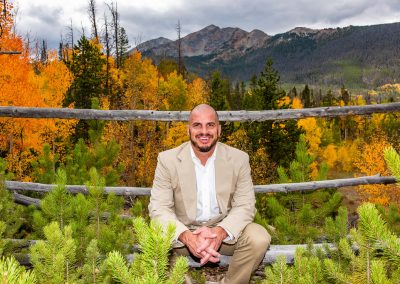 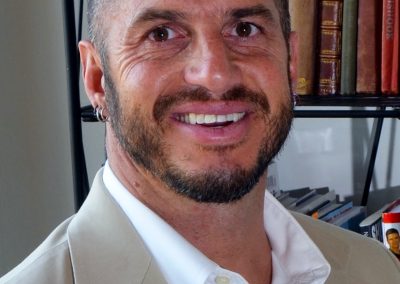 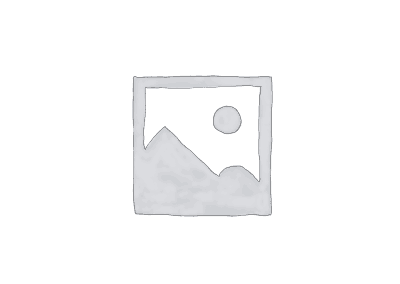 Johnny Welsh has worked as a professional bartender in Frisco, Colorado, for over twenty years. He did so well at Syracuse University that they kept him an extra year. After five years of university study, he earned a degree in Italian Language, Literature, and Culture which has been a great prerequisite for a lifelong career in the mixology arts. He can now recount funny bar stories in two different languages. His latest hobby is twisting these topics into books.

He is the author of Paper Maps, No Apps: An Unplugged Travel Adventure. His first book, Weedgalized in Colorado, about the legalization of marijuana in Colorado, won two awards from Readers’ Favorite.

What are Five Lessons Learned While Traveling Unplugged?

After agreeing to certain rules, my girlfriend and I embarked on a 16-day road trip using paper maps and no apps. I journaled each day and captured the pros and cons of traveling unplugged in today’s world. Here’s what stood out:

Those questions were repeated to us at several stops. I guess we looked like meerkats by the way we were looking left and right to see how we might occupy our spare time. We had so much extra time since our hands were empty and our attention was free and clear. It was so pronounced at one restaurant that the bartender thanked us and, after learning of our digital detox trip, said that we changed her perspective.

Other serendipities worth noting: The inspired friends who adopted a version of our rules for themselves completely on their own was our favorite. We saw our friends placing their phones on airplane mode and living more in the moment. This, in turn, re-inspired us as well.

One of the most comical episodes we encountered was trying to track down an old clock radio/alarm. We allowed ourselves the use of this relic as a source of music. When we couldn’t find one in our hotel room in Las Vegas, we called down to the front desk on the room phone. We asked where we could locate an old clock radio and they began to tell us the current time.

“I don’t need the time; I need an old radio so we can listen to music.” I explained.

Then they were silent for a good minute, like they forgot those clocks played music. We ended up finding one in an old custodian closet so we could jam out while getting ready for night festivities in Vegas. We had to laugh at that one.

We felt the need to use our phones several times throughout the trip in order to find answers to random questions or trivia. In the end we realized it’s okay not to know instant answers and revert back to enjoying the old-fashioned company of each other. It felt good to engage in the lost art of conversation.

Our goal was to be 95% unplugged. We left room to text our mothers and let them know we were okay. There was no way around that. My mom has been known to organize search parties and serve me up a big portion of guilt if I don’t call.

Postscript: After this trip we did resume our usage of our smartphones and social media leisure scrolling. However, it was different. We now make a conscious effort to listen and put down the device when we have conversations. It is not always easy. Sometimes we both stop talking mid-sentence until eye contact is made and eyes are off all screens. I joke with Kristy and say that even though she has stopped texting and is looking me in the eye, I can still see her thumbs mimicking a texting motion — like a dog’s leg that stills kicks after you stop scratching them.

It is a great way to practice patience with your partner. Warning It can be a real test, given today’s addictive apps.

1.Was it difficult for you and your girlfriend to unplug?
Once we both agreed and committed to our little dare, it was not difficult at all. We embraced the challenge. Having someone to agree to the challenge made it easier for both of us. It is kind of like those group diets or workout groups where they keep each other accountable. It was a blast!


2.What made you decide to do this?
The decision to unplug was a twofold. First, I was inspired by an author named Timothy Ferris (Four Hour Work Week) to go on a technology diet. Then when I was bartending one night, I saw a family of four sit down to eat dinner. Mom, dad, son, daughter. The entire time of their dining experience, not one looked up from the smartphones. It was sad. I told my girlfriend about this and we decided we needed to do something about this. It was time to lead by example and our unplugged road trip would be the solution. It would be fun to invite others to follow along on our travels and see how this crazy experiment unfolds.


3.What steps were taken to unplug?
We set up guidelines to follow. The rules were to be 95% unplugged so we could text our moms and I had to respond to radio and podcast interviews via email. Based on a formula I created which accounts for eight hours of sleep this allows for a maximum of forty-eight minutes per day. We actually spent a fraction of these hours online so our percent unplugged was more like 99%.


5.Were there any slip-ups?
We had no slip ups. We were so immersed in the experiment and people gravitated toward us because of it. There was no time to think about checking a phone when we had so many new friends to learn about.


6. What did you learn from the experience?
We learned that the magic of a road trip exists in seeing more art, meeting more people, and being present. Our communication between us (boyfriend and girlfriend at the time) evolved to a new level. We are now engaged to be married. Who would have thought that putting down the digital distractions could lead to a marriage proposal?


7.What would you’ve done differently, if anything?
We would not have done anything differently. Maybe our trip could last longer next time. We’ll see if this book makes it big time and might finance longer trips.


8.Taking pictures/videos, sending texts/emails are part of a vacationers’ life. Doyou recommend taking a separate camera so that you aren’t tempted to checkTwitter or Insta or FB? As for texting or responding to emails, perhaps setaside an hour in the morning or evening to respond, if need to and it’s not anemergency?

Yes, I recommend taking a separate camera. That’s what we did. However, we also used our phones for cameras for a few selfies. We had no urge after a few days to check in. The freedom of not having a digital leash has its own rewards. Setting aside precise times is a great idea. At 95% unplugged, our math formula allows for 24 minutes in the morning and 24 minutes in the evening. That was more than enough time. Many times we skipped the sessions. And, no! The minutes do not carry over; lol.


9.What would you recommend – unplugging for an hour a day until you build-up detachment, or just going cold turkey?
We recommend setting up rules as we did to be a certain percentage unplugged. It’s easiest on a road trip or vacation because the majority of us are actually away from work and off from work. Those who need to stay connected for their careers will need different rules. If you think about it, if you are on vacation, you should really be on vacation.
In everyday life, unplugging for certain hours of the day is a great idea. How about starting with an iron clad rule that there will be no phones for any reason during meals. Families seem to understand and agree with this one the most. I come from an Italian heritage and believe me, if you weren’t exercising your right to ‘mangia’ you were going to get the wooden spoon or spatula!

Downloads for Weedgalized in Colorado