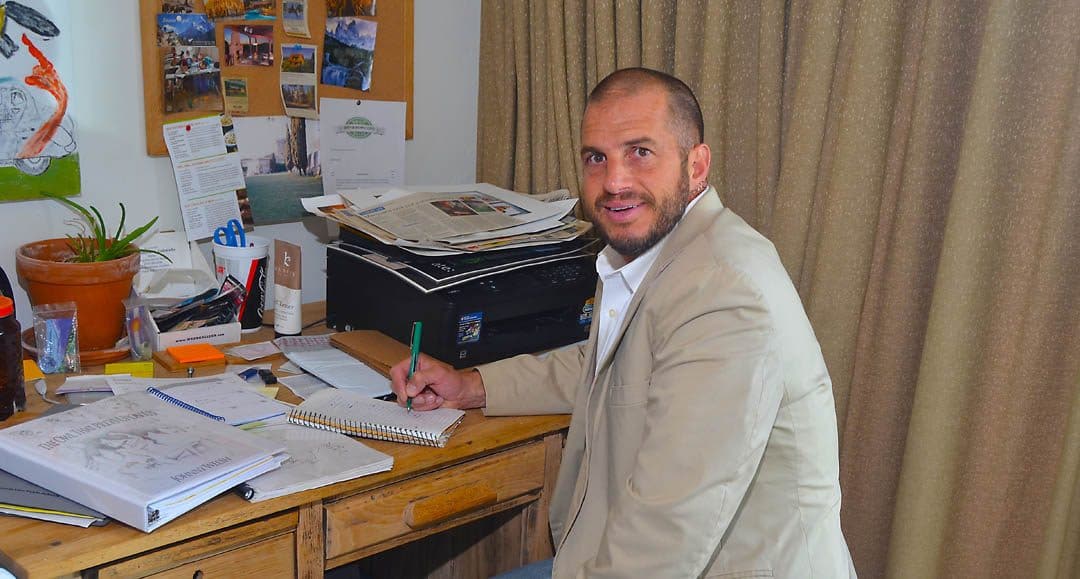 Q. Tell us a little bit about yourself. Why do you know so much about weed?


Johnny: I know how it affects me personally from my college days. I learned a lot from my customers while bartending, and then once I decided to write the book, I put together a team of informed friends to provide additional research and information. Our meetings were a blast! A ski instructor, a cannabis enthusiast, a computer guru, and a sales gal in a Summit County bar planning a book on pot—you get the picture.  I continued to learn from everyone I interviewed. For example, the company Cultivating Spirits taught me a lot about cannabis strain specific cooking. The staff at Native Roots taught me the difference between indica and sativa. I’m still learning.

Q. What was it like experiencing this historical moment in Colorado?

Johnny: Crazy enough to make me want to write a book about it!  I talk about that a lot in the book, not just from my perspective, but from the perspectives of many others, including the trailblazers who set the standards for business models. For me, it became the hottest topic discussed in the bars where I work, and still is.

Q. Tell us a little about your writing process.

When did you decide you wanted to write the book?

Johnny: I have been writing off and on for over twenty years. I’ve got five unfinished books in my drawer! None of those topics captured me as much as the legalization of marijuana did. It was so much fun to hear the stories and gather more. By interviewing those leading the industry, I honestly felt like a little Napoleon Hill, who interviewed many successful business owners on the topic of success.

I remember when I decided to write the book. It was February 2014 and I was closing up the bar. I was thinking about the funny evening I had telling so many weed stories to the tourists, and the never-ending array of questions.

You said in the book that many of the stories came to you as you were bartending, but you also did a lot of research, met with locals, and traveled around the state. Was it difficult getting people to talk to you?

Johnny: No, not at all. The people on both sides of legalization were more than happy to discuss it. When I finally was able to talk to those in charge, it was easy. The hardest part was hearing back from some of the busy business owners.

Q. Please share one of the craziest stories you heard.

Johnny: The craziest stories are the ones involving alcohol when I compare weed to alcohol in the book. If one cannabis story stands out, it has to be the story Rhett Jordan told me about Diesel, the dog. You’ll find more details in the book, but basically Diesel (the dog!) was taken to jail after a traffic stop involving fifteen pounds of marijuana.

Q. It’s been a couple years now—what changes have you seen to the weed culture since since it was legalized?

Johnny: The businesses are growing and becoming more professional. I think that because of the stigma of marijuana, they are going out of their way to show that this industry is not only thriving, but deserves the utmost respect. I have also seen an enormous influx of people to the state, both tourists and new residents.

Q. Has it had any impact on your liquor sales?


Johnny: I would say that since the state has had an increase in population, the restaurants and bars seem busier.

Q. How do you think the rest of the country is going to respond to the book?  Do you expect the stories and information to appeal to people outside Colorado?

Johnny: I do think it will appeal to those outside of Colorado. The curiosity levels are still high. After all, it was the questions from the out-of-state tourists, guests, and visitors that first inspired me to write the book.

Take a Seat at the Bar

Join Johnny's mailing list below to get your FREE sample of Weedgalized in Colorado: True Tales from the High Country.

You'll also hear some wild and wacky stories, BEFORE they make it into his next book.

You have Successfully Subscribed!